On a sunny Friday at the end of half term, Nick attended the TEDx Truro event, ‘Beyond Barriers’ running at Truro and Penwith College. TEDx events are the ‘little brothers’ of the main TED events, the world famous series of short videos given in the area of Technology, Education and Design under the banner ‘Ideas worth spreading’.

TEDx events are independently organised and the Truro event is in its second year, with a sell-out crowd of 250 attendees. This years talks covered a really wide range of topics, covering everything from dyslexia, gender dysphoria, mental health, sex work, to biochemistry, depression, robots and artificial intelligence.

There was an amazing buzz in the auditorium, this continued during the breaks; there was idea sharing, discussions and even a selfie with some local celebrities! It was a great networking opportunity, meeting people from Software Cornwall, Pirate FM, Plymouth University and a whole host of local SMEs.

The talks around the area of mental health particularly resonated, with both Will Coleman (from Golden Tree Productions, famous for being the driving force behind The Man Engine) and Emma Wright (working for a national cancer charity in Cornwall) talking about how they had often presented one face to the world at large, but at times had another that truly reflected their feelings and experiences, which very few people saw. Many other speakers also discussed mental health in passing, and it is vital for mental health to be discussed more openly and easily than it is at the moment. 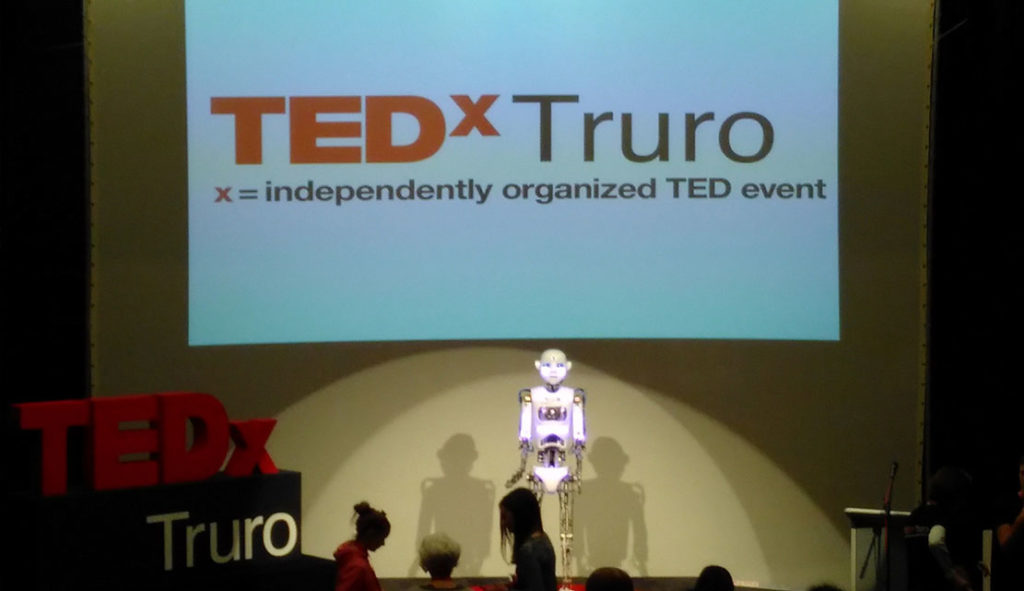 TEDx was organised by a great group of volunteers, so many thanks to them for organising everything and making it run smoothly. They are already planning for next year – head over to http://tedxtruro.com to find out what it’s all about, and we hope to see you there next year!